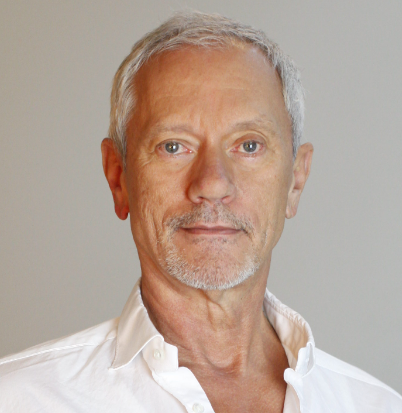 Based on 35 years of experience, scientific and practical research, Gert van Leeuwen – founder and director of the Critical Alignment Yoga & Therapy Institute Amsterdam – developed a holistic method to deal with tension and stress.

Born in 1954 in a small village connected to Amsterdam by a small bridge, Gert van Leeuwen grew up in the peace of the countryside and the speed of a city.Around the age of 16, Gert became interested in Indian philosophy and yoga?not so strange, given it was a time that ‘Western’ culture was starting to meet the ‘East’. Maybe this curiosity and enthusiasm were inspired by the Beatles, who were initiated in transcendental meditation by the Maharishi. The works of J. Krishnamurti, especially, made a big impression on Gert.During that same period, Gert worked at a retirement home reception desk. Every day at work, he saw the residents passing by, shuffling and cramped in their bodies. Reading about yoga, he thought to himself, ‘This could be different’. He was inspired! From then on, everything in his career developed without any planning.At the age of 18, Gert started to practice yoga and, when his first teacher asked him if he wanted to become a yoga teacher, he said ‘yes’ without any thought. His teacher created a teacher training program especially for him. Gert taught his first classes in 1976.In the early 1980s, Gert met two brilliant teachers, N.E. Sjoman and H.V. Dattatreya. They were independent and not related to any yoga organization. Those teachers, from the Mysore tradition, became a turning point in Gert’s development.Sjoman had studied with BKS Iyengar for five years, before he became known to the world. Gert started to practice 20 minutes of headstand and shoulder stand on a daily basis. He went to one beginner and one intermediate class every day. As time went on, he progressed to forward bends, backbends and balancing poses, and pranayama. The climax of the practice was 108 viparita chakrasanas! Sjoman also inspired Gert to study Sanskrit.Gert became a well-known Iyengar teacher in the Netherlands; his practice and teaching were intense. But he felt inspired to go beyond the Iyengar system and its research, to provide a particular safety for his students and feel joy in his own practice. He felt that actions (in the practice of yoga and in life) led only by will power were leading to the suppression of subtle feelings in the body, like rest, space and joy, increasing tension instead of releasing it.Gradually, step-by-step, Gert started to evolve what he had learned through the Iyengar method. Gert’s practice was built on a strong anatomical and psychological foundation, connected to modern science, with the absence of hierarchy and fear. It took 20 years of research, practice and observation before he was able to present his newly developed style to the world, through the publication of his book, Critical Alignment Yoga, in 2012.This new style of yoga (Critical Alignment Yoga) and a new yoga therapy method (Critical Alignment Therapy) are now widely accepted in many places throughout the world. Gert leads the Critical Alignment Yoga and Therapy school in Amsterdam, and he travels widely to train yoga teachers and therapists in his method.

Van Leeuwen?s knowledge, method, and vision about his unique scientific approach to yoga have been brought together in his 400 paged book: YOGA Critical Alignment (published in 2009, second revised version 2012).

Other books written by Gert van Leeuwen include:

– Yoga in motion, strength and relaxation in balance (2004)